All about James Wood, our 2016 WHS Champion of the Year 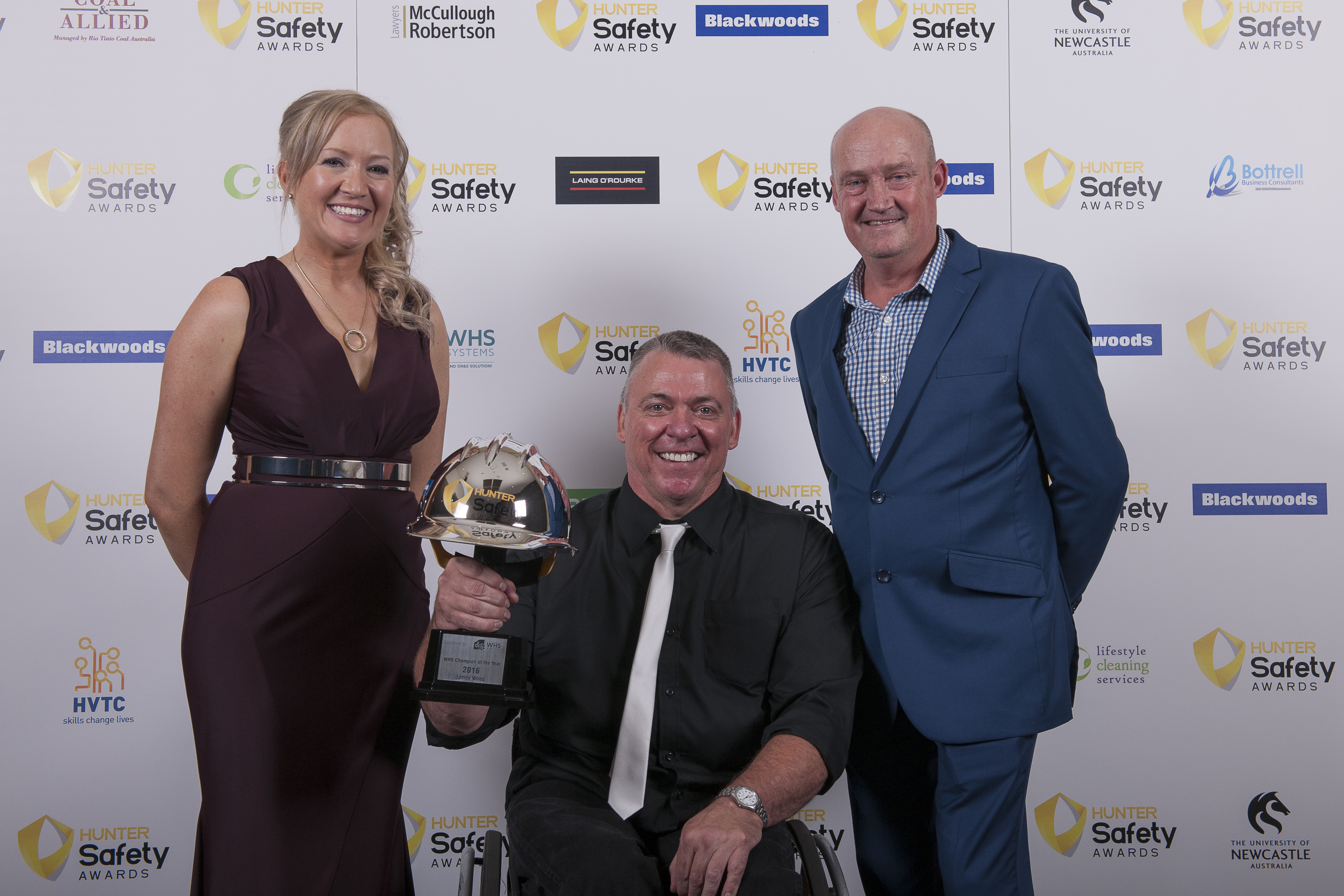 For James Wood the indifferent approach his company took to work Health and Safety (WHS) had some very real consequences for him – a lifetime in a wheelchair. But it also resulted in James becoming a passionate advocate for proactive WHS by organisations, but also for individuals to realise that they have choices and those choices have very real consequences.

James says that a lot has changed in Australian workplaces in the last 30 years but now it’s time to ensure that our people take control too.

“My accident occurred in 1985 when there was a much more reactive approach to safety and it was focused on policies, procedures and a what damage could be done to the worksite,” James said.

“The workplace where I had my accident was very much about compliance. I had an induction when I started, but there were no ongoing safety meetings or safety committees. Our supervisors and managers were very production focused and there was no sense of personal responsibility.”

James’ accident occurred after he had repaired a vehicle – without doing the ‘Take 5’ that he was supposed to do.

“I was a diesel mechanic and my duties were the repair and maintenance of fixed and mobile plant and equipment. This job was a simple job that I had done many times before.’

‘After I had fixed the vehicle I had to drive it back to the workshop. When I jumped in I noticed it was five minutes before smoko and I realised I could catch up with my mates.”

“I took off down the road and put my foot down.”

“I was going too fast for the conditions and lost control of the vehicle. It rolled three time. I got thrown out and broke my back. I wasn’t wearing a seatbelt.”

Following his accident Hames spent three months in hospital, waiting for his bones to heal. Then he spent six months in rehabilitation.

“Basically I had to learn to live all over again. I had to learn how to get around in a wheelchair, get dressed, showering and all of my personal care. It was a pretty tough nine months,” James said.

About 15 years ago a mate rang James and asked him to speak at his site ‘Safety Day’.

“I shot him down and told him to get stuffed,” James laughed. “There was no way I would sit in front of people and talk about my injury.”

But his friend wouldn’t give up.

“He kept nagging me and then one day asked me if someone had turned up to our site and said – ‘this is what happened to me, don’t let it happen to you’ – is that the sort of thing you would have listened to? And I thought to myself ‘yes, I would have liked to have seen the real results of workplace injury,” James continued.

Following on from this CNB Safe was launched and James now travels around the country taking to people about workplace safety and the choices they make.

“We all have the training and systems and procedures in place these days – but I try to give employees a ‘reason’ to stay safe.”

“My accident was due to the choices I made – not doing the Take 5, not wearing my seat belt, not focusing on the job at hand, not driving to conditions. I want people to realise that safety is not about their workplace taking all the responsibility. They have to also take responsibility for themselves and others.”

James was the inaugural winner of the WHS Champion of the Year in the 2016 Hunter Safety Awards.

Click here to RSVP to the 2017 event to find out the next round of winners!