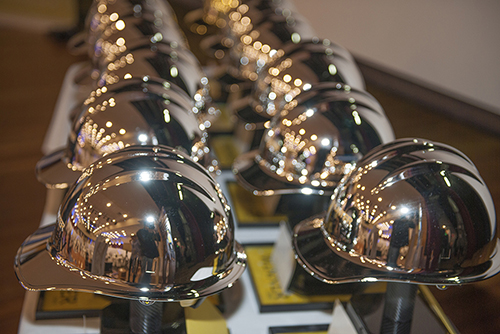 A panel of industry experts and sponsor representatives has chosen the finalists for the 2017 Hunter Safety Awards.

Launched in 2016, the Hunter Safety Awards were developed to highlight and acknowledge companies and individuals within the Hunter region who are demonstrating best-practice and innovative approaches when it comes to workplace health and safety (WHS).

Hunter Safety Awards founder, Sarah-Jane Dunford, said it was a rigorous process, with a number of close decisions.

“Just like last year, we were very impressed with the range of WHS initiatives being undertaken by organisations and individuals across the region,” Ms Dunford said.

“The finalists represent a wide range of industries and sectors and the calibre of entries was impressive. It was an honour to be able to read about and research how companies are developing world-first products or creating a culture of change for their organisation or inspiring others to embrace WHS.”

The Hunter Safety Awards are supported by a range of local, national and international sponsors.

“Our major partner, Blackwoods, has returned for the second year of the awards, and without them we wouldn’t be able to recognise and reward our finalists and eventual winners,” Ms Dunford continued.

Awards will be presented across 11 categories with the winners to be announced at a gala event on Friday, 17 March 2017, at Newcastle Exhibition & Conference Centre (NEX).

“We are expecting a large crowd for the event, not only to support the finalists and celebrate the winners, but also to network with other WHS professionals, as there is no specific networking event in the Hunter,” Ms Dunford concluded.

Tickets are available for the event here.

The 2017 Hunter Safety Award finalists are listed (alphabetically) at this link.