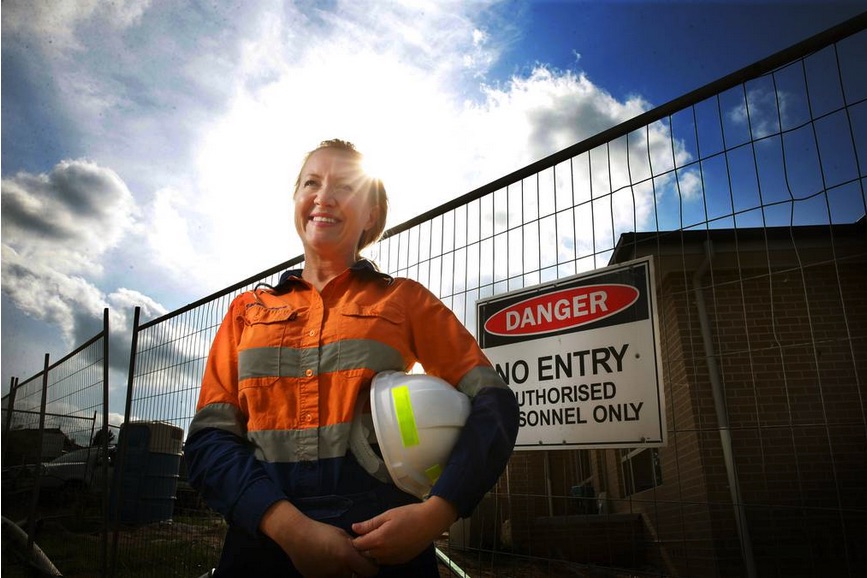 With thanks to Newcastle Herald (one of our media partners) and journalist Penelope Green for their article today about the Hunter Safety Awards.

SAFETY crusader Sarah-Jane Dunford hopes her creation of the region's first work health and safety awards will boost innovation and growth in the crucial sector.

The chief executive of Riskology says the Hunter Safety Awards, to be held in March next year, will ensure local businesses are recognised for keeping their WHS house in order.

"I've often recommended to clients to enter in state awards but it's hard for them to get a guernsey," Ms Dunford says.

"These awards will help share the innovation and good stuff that businesses are doing around safety in the Hunter."

Ms Dunford was in her early 20s when a series of events led to her chosen career.

Employed in human resources in Sydney, she started a Certificate Four in safety because she didn't like the recruitment side of her job.

Around the same time, a few of her friends were badly injured at work.

"One friend was working on one of the last private ferry companies in Sydney and a rope got wound around his leg as the ferry departed and his leg was amputated below the knee," she recalls.

Another mate, an apprentice builder and keen surfer, fell off a roof and become a paraplegic, while yet another had early onset degenerative back condition aggravated by lifting chores.

Meanwhile, before Ms Dunford was a twinkle in her parents' eyes, her fitter and turner father was injured at the old Carlton and United brewery in Broadway, Sydney.

"His foot got stuck in a machine and he couldn't reach the stop button and he was screaming out, it nearly cut his whole foot off," she said.

Reading Lessons from Longford: The ESSO Gas Plant Explosion - the book by industry expert Professor Andrew Hopkins about the 1998 incident in Victoria that killed two workers and injured eight - was the last piece of the puzzle.

In 1999 Ms Dunford initiated safety procedures at her then employer, gaming machine company Aristocrat, while studying for an MBA in industrial relations.

Moving to Coca-Cola Amatil, where she spearheaded efforts to ensure safety at multiple work sites, she began a masters degree in safety.

At present she is studying for a graduate certificate of social psychology of risk, essentially looking at behaviours which lead people to take risks.

The self-described "safety nerd" was working at automotive retailer Inchcape in Sydney when her Vacy-raised partner and now husband Luke said he'd had enough of the bright lights.

By then having racked up $1.5 million in workplace compensation premium savings for her employers, Ms Dunford agreed to move to Maitland before founding Riskology in 2010. Her main focus is assisting small businesses that are often family-run and most at risk of incidents but cannot afford professional assistance.

"It shouldn't matter what your budget is, you should have great access to safety," she says.

While corporate clients include Qantas and Rio Tinto, Ms Dunford says her greatest satisfaction often lies in assisting a small business owner who knows they have to act but doesn't know how.

"My business coach is telling me off about [turnover], it hasn't grown much because I keep doing things for free and I haven't put my price up at all because I want to be affordable," she says, adding she is currently updating her company website to include free information and tools.

While companies and their executives risk prosecution, financial penalties and even jail for workplace safety misdemeanours, Ms Dunford says fear should not be the biggest instigator in adopting WHS practices.

Companies stand to benefit from savings in workers compensation premiums and an enhanced reputation, and also find it easier to win tenders given the increased focus on WHS.

Ms Dunford says the best part of her job is the range of work sites she visits, less to her liking is dealing with business owners who just want her to "tick and flick" documents so they can pass a tender.

"I'll say 'no, this can't sit on the shelf and collect dust, you need to understand it," she says.

Ms Dunford finds time to paint muscle cars via her second business (check out Paint My Ride Australia on Facebook) and will soon "have a go with cattle" on the Lower Hunter farm she and her husband bought recently.

"He has made me promise I will not go out and brush any of the cattle, look after them or name them," she laughs.

All  businesses should have access to not just good workplace health and safety, but great WHS tools and advice.

This article first appeared in the Newastle Herald.