WHS innovation at the forefront for Take5apps 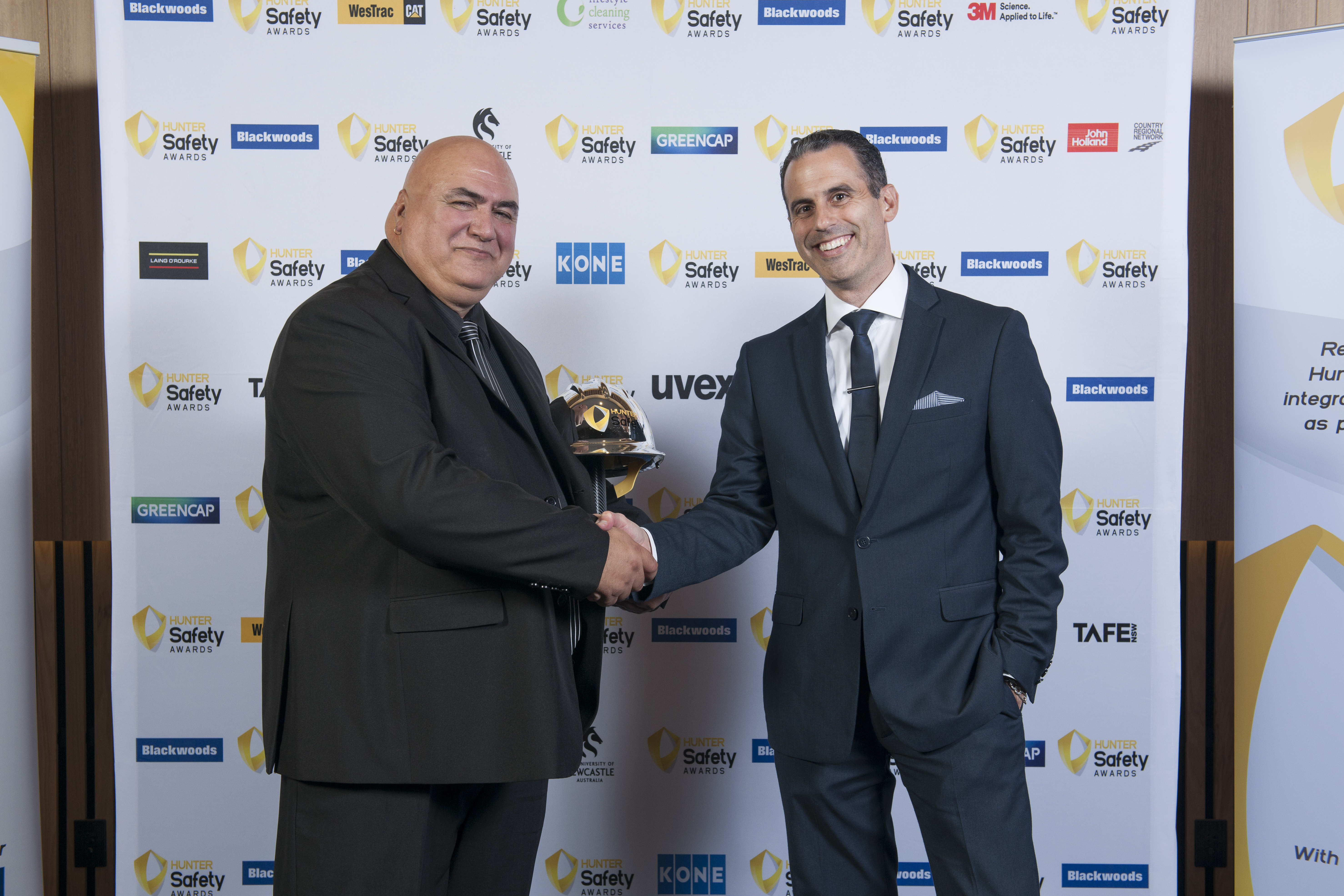 Eliminating hazards and risks for the price of a cup of coffee is not only cost effective safety but a solid investment in peace of mind. That’s the premise of Take5app’s safety mobile app T5, the Most Innovative WHS Idea (SME) award winner for 2017.

That wasn’t the first time Take5app’s name came up in the same awards ceremony. A finalist in last year’s awards, the recognition as the winner has meant a great deal to the company.

Co-Founder Gideon Ashby says they were totally taken by surprise when they were announced as the winner.

“It was unexpected and humbling considering the high calibre of finalists. We hadn’t even prepared a speech! Having been nominated the year before, we didn’t expect to win this year. Of course we were wonderfully surprised and encouraged by the recognition and it prompted us to move forward with Version 5, which has just been released,” Gideon says.

So what is T5? What makes it so special that it had been nominated twice as finalist in the prestigious safety awards gala?

T5 is a personal device safety app (available in iOS and Android) initially designed to automate and expedite the processes required to complete and submit Take5 (T5) risk assessments. Since then, its creator, Take5apps, has added a hazard report (H5) and prestart check (P5) to the original safety app adding significant multiple functionality. From the creation of a T5, H5, or P5 to its arrival on the safety manager or supervisors’ desks in the office, a detailed T5, H5, or P5 report complete with description, level of severity, geo location, photos and a CSV file can be achieved from start to finish within 5 minutes.

The idea for T5 was born due to the failures in current Take5 card systems and paper based hazard report and prestart check forms that are currently used in industry today. The time it took to collect the paper-based cards and forms and then what happens to the data once collected isn’t really efficient. In a lot of cases, it isn’t evaluated unless there is an incident so the data doesn’t produce any worthwhile statistics; the accuracy of the data is uncertain as it is quite often not checked, whether Take5’s were actually completed prior to the task being undertaken or instead just prior to collection or in some cases the night before, the cost to produce the Take5 cards/booklets. These inefficiencies and many others can be totally eliminated by a system that operates in currency.

Co-Founder Ian Nathan says that like every good idea, this one was born over a couple of drinks. “It was two mates (Gideon and I), discussing the archaic rituals of safety – we were in mutual agreement that there had to be a better way to communicate safety without all these forms, Take5 and safety observation cards that never see the light of day. Then there was the light bulb moment – “What about a safety app?,” Ian said.

“That was over three years ago and today, five versions later, we have finally reached the original vision for the T5 safety app and we are stoked with the latest incarnation.”

T5 is Take5App’s attempt to eliminate paper-based safety systems commonly used by most businesses. Its development also aims to make safety process available for everyone’s smartphone or personal device enabling the submission of risk identifying data at the press of a button to multiple recipients.

“It is our vision and goal to keep up with emerging technologies and although some of our ideas are still not possible, we forge ahead looking to the future when our ideas can become a reality,” Ian continued.

In regards to WHS in the future I believe we are in for some truly exciting technological advances and I am always keen to see what some genius will be coming up with next. The T5 is evidence that people are moving toward smart devices and with the speed and accuracy of shared information becoming more and more commonplace, technology that keeps us mobile and on the spot but still in communication with people in diverse places is definitely the future.”